I can’t remember what age I was exactly, but let’s just say that it was around the time that I started attending comprehensive school that I got my first computer – a Commodore Plus/4. It was Christmas, and of course it came with a collection of games on that ultimate retro storage media – cassette tapes. Some of you may remember how the games used to load on those primitive computers, with that memorable noisy “squeal” and those squiggly red, blue and yellow lines. Of course, being a home computer newbie, in my excitement, as soon as the name of the game appeared on the TV screen I promptly stopped the cassette. Then, without knowing that I had prematurely stopped the loading process, the frustration set in as attempt after attempt, I couldn’t get to play the video games.

On Boxing Day a few of the village locals came over for a few drinks, and as luck would have it, one those locals happened to be working for IBM. I suspect that my father knew this when making the invites that year and with a little prompting (and with the offer of more mince pies), Mr. IBM quickly showed me where I was going wrong. Before long a happy young boy was playing those classic video games on his new computer.

As the day went by I somehow accessed the ROM resident BASIC interpreter, and became curious by the flashing cursor and the inactivity of the computer despite its “READY” message. What was this? Had I done something wrong? There was only one person in the house who would have any idea. As best that we could through that early instruction, my first computer program was written on Boxing Day at the age of 11 (give or take), and since the computer was purchased for education, my father persuaded Mr. IBM to extend his instruction beyond that Boxing Day.

A few Christmas holidays later I eventually got to be the proud owner of a Commodore Amiga 500 and a copy of AMOS, and quickly started writing my own platform games and demos. Needless to say they weren’t very good, but it was a fantastic way to learn programming that went beyond the PRINT, INPUT and GOTO statements of the BASIC I began with.

Those early Christmas holidays would have a massive input on my vocation.

It became clear to me from an early age that I wanted to write software for a living, and at the end of my college years I applied to take the Software Engineering degree at Glamorgan University. After four fantastic years (including a placement year with Cap Gemini), I graduated and began my professional life as a Software Developer. In April 2000, a few years after graduating, I entered the world of IT contracting and have been running Compiled Minds ever since.

Over the past decade I have worked with many fantastic companies ranging from small independents to large blue chips, and contracting has afforded me the opportunity to work on a diverse range of projects that have presented many challenges. During this time I have acquired skills and experience in Application and Technical architecture, software design and development, and have worked in both agile and more formal project configurations. I have been working with Microsoft tools and technologies since my career began, and with .NET since the early beta releases, completing the early MCAD .NET exams back in 2004. Since then I have completed certifications in UML 2.0 with the OMG, and also the PRINCE 2 foundation exam.

Some of my LinkedIn Recommendations:

“Tim has one of the deepest understandings of Microsoft technologies of anyone I have worked with. This knowledge combined with his natural ability to design elegant solutions to problems enabled us to deliver Macquarie’s My Portfolio product on time and saved countless hours of fruitless effort on my part.
I have really enjoyed working with Tim and would readily welcome the opportunity to work with him again in the future.“

“Tim is an exceptional developer with a wealth of technical and architectural knowledge and experience. Always able to reason through a given process issue and provide a system design that will accomodate that solution elegantly and within the given constraints, Tim would be an invaluable asset to any organisation.“ 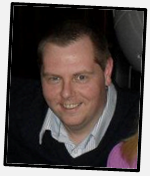 “Tim is a highly competent architect with a great view of the details of a project. He is able to visualise the directions in which a project should be moving and understands how to apply technology to problems and so create solutions.“

A few websites that I visit: